This post may contain affiliate links. For more info, visit the disclosure page.

Affiliate contests can be a great motivator to get creative and boost productivity because it not only gives you the chance to make sales and commissions but also to be rewarded for your work in the form on cool prizes.

Avangate, now also known as 2CheckOut, is one affiliate network that has been motivating affiliates for years by hosting regular affiliate contests and their latest one is called the Frozen Affiliate Realm contest.

With this new contest, they promise that you can win some of the coolest prizes – all Apple products such as iPhones, tablets and smart watches.

To help do this, some of the vendors are offering discounts for the winter season and also increasing commission rates so that you can have an easier time promoting their products and racking up commissions.

The contest runs from November 15, 2019 and ends on January 31st 2020. During this period is when all discounts and increased commissions will be available.

To qualify, all you need to do is be an active affiliate of Avangate and promote offers from the 30 participating vendors listed below.

There will be three categories of winners which will be announced after the contest has ended.

The winners of the contest will be announced on February 29th, 2020.

Three Apple products will be given away for first prize (Queen or King of Affiliates), second prize (Princess or Prince of Affiliates) and third prize (Adorable Snowman).

Second prize is an Apple iPad Pro with 64GB space valued at $928.

Third prize is an Apple Watch Series 5 valued at $578.

Avangate is one of the best affiliate networks for digital products and software and has been recognized by mThink Blue Book for the last five years in a row for this.

Some advertisers on all networks do have affiliate contests and giveaways which is great and aids in affiliates being productive and profitable. 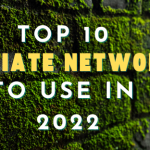